10 Things that May Surprise First-Time Visitors to America 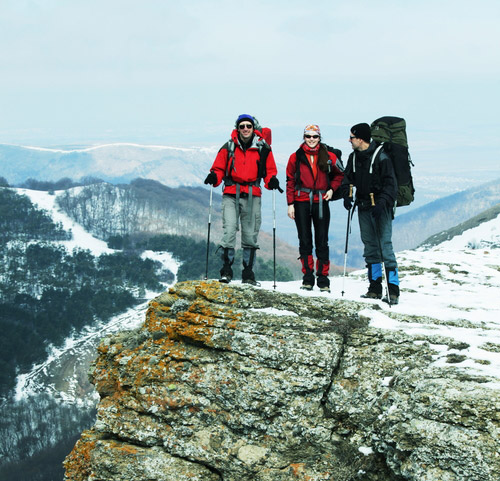 #1: The People in America Are Very Friendly

Most people in the United States are friendly. They speak to you as if you are their long lost friend. They will engage in conversation, especially if there isn’t anyone behind you in line when you’re ordering food or buying something.

This can make some foreigners uncomfortable; as many countries only speak to people they know. When visiting America, it’s perfectly fine to just smile and say hello. Americans ask questions not to be rude, but to show they are nice. If you’re able to remember that, it won’t feel so uncomfortable.

There’s food everywhere. When you order food, there will be a lot of it on your plate. Americans love to eat and they have big appetites.

You can take the food you do not eat with you back to where you are staying for later. The waiter or waitress will ask if you want to box it up or if you want a “doggy bag.”

Prescription drugs make America wealthy, so there are many commercials for them on television. These commercials inform people what conditions they treat to discuss them with their doctor.

You will hear a long list of side effects during the commercial. Some of those side effects may alarm you, but try not to worry. Some of them are rare, but people need to be informed about them.

Visiting America and seeing everything in one visit is impossible unless you stay for years. All of the attractions in the country are spread far apart, so it takes days to get to unless you fly. Even so, with all of the things to do, it would take a long time to experience it all.

#6: Lack of the Metric System

Only one out of three countries doesn’t use the metric system – America is one of them. You will need to learn how to convert from inches, miles, and pounds, so you can understand how far something is or how heavy it is as you’re shopping.

If you have a smartphone, you can do conversions easily. After a while, you’ll get used to it and be able to do it easily in your head. By the time most foreigners leave, they can do it almost instantaneously.

Many people are proud of their country, but Americans is extremely proud. They fly flags, have parades, and often wear red, white and blue. You can often see people exclaiming how happy they are to be American.

Even though a lot of Americans are overweight (approximately 37% percent), there’s a huge population of people who are obsessed with sports and exercising. You will regularly see people rushing to the gym, running in the streets, and playing many different types of sports even if they aren’t on a team. Fitness is part of many Americans’ lives.

Huge stores, like Wal-Mart, have just about anything you can imagine. The variety in this store and many others astounds many visitors to America. There aren’t many places that have thousands of items for sale like the ones in America.

Americans can be wasteful. Leftover food is usually thrown out. When clothes don’t fit, they are thrown away. Most things are disposable because it’s convenient. American throw items away at alarming rates, and this surprises many people from other countries who use items for as long as possible.

Every country is different. However, there’s an appeal to America that many foreigners have because of its uniqueness. If you’re considering a trip to America, just be sure to know that it is different, and that those differences may surprise you. As long as you keep an open mind, you’ll have a great time.