The dust from the 2017-18 Indian Budget has settled and now we can see more clearly what it means for certain groups of Indian citizens. As usual, rates cuts and rates rises affect different people in different ways. We’re looking at how this year’s budget affects non-residents. What does the 2017/2018 Indian Budget mean for the Non-Resident Indian (NRI)? Is it good news for the NRI, indifferent, or bad? 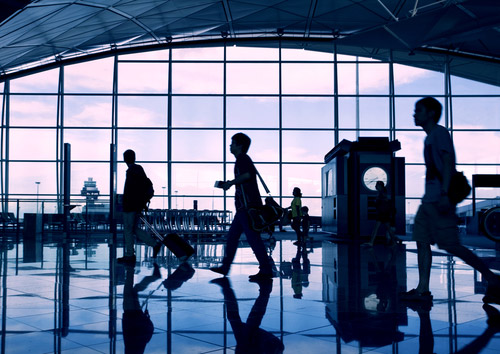 The Indian Budget includes the following key highlights, which affect workers in India. The first is a cut in Income Tax rates to 5 percent for those people who earn between ₹2.5 lakh and ₹5 lakh. The second key change is to cover the losses that this first rate cut involves, and it is a 10 percent surcharge on incomes that are above ₹ 50 lakh and up to ₹1 crore. There will also be a 15 percent surcharge on incomes above ₹1 crore.

An NRI is an Indian citizen that resides abroad for purposes of work or another vocational pursuit. They are deemed to be non-residents, and as such are subject to different tax laws. The Indian Budget, put forth in February, sets out a number of different ways in which NRIs are affected by the Budget.

NRIs had hoped for some changes to be brought into the budget which would affect NRI taxation in a positive way. The problems for NRIs include not being able to claim tax refunds when they do not hold a local bank account in India. This has been a problem affecting many individuals for many years. There is no system of paying a refund into a bank where the account is held outside of India. And with Indians being non-resident, the very fact that they do not live in India excludes them from operating a bank account within the country.

NRIs are asking for the introduction of an electronic system that will allow NRIs to get refunds as well as file their tax, without having to hire a middleman in India to carry out these tax return duties. They are asking for alternative sources to the Tax Residency Certificate (TRC) to be developed, which can be found in the country of residence. They are looking for taxation on the same level as resident Indian citizen, and they want to benefit from clearer property taxation systems.

The ongoing difficulties with property tax include that the Tax Deducted at Source (TDS) on the Sale of Property is not applicable to someone who is an NRI and who wants to sell property. It is not possible to benefit from exemptions in tax when they go through the process of selling an Indian property to a foreign company. There are many different documentation procedures that have to be in place including the possession of a certificate for lower tax deductions or tax non-deductions.

There have been new systems initiated by the government that make it easier for NRIs to invest in real estate in India. The Real Estate Reform Act has enabled processes to be streamlined, as well as transparency improved and the amount of affordable properties increased.

…And What They Got from the Budget This Year

NRIs may have expected much but they got very little specific from the budget in February. The budget looked at the importance of TEC—Transform, Energise and Clean—but NRIs saw nothing specific for their needs within the documentation. NRIs expecting this focus on tax reform were disappointed.

The reform in the issue of direct remittance to a foreign bank account was not included in the budget. There was no direct mention about any of the problems faced by NRIs inside the whole of the budget, leading to anger from many NRIs currently living outside the country.

NRIs play an important role in the Indian economy as individuals and families send earnings home to India which support the local economy. NRIs are claiming for the same tax rights that resident Indians can make use of when they live in the country. But with a greater focus on investment and infrastructure creation, the budget could mean a better deal for NRIs through better access to job opportunities and investment opportunities that could help to grow wealth.