When you start noticing pumpkins and ghost masks in stores, you know Halloween is around the corner.

This historic festival celebrates ghosts, spirits, witches, and includes the indispensable ‘Trick or Treat’, bone-chilling disguises, Jack o’ lanterns, and lots of candy. Halloween is no longer just an American festival but has gained popularity worldwide. 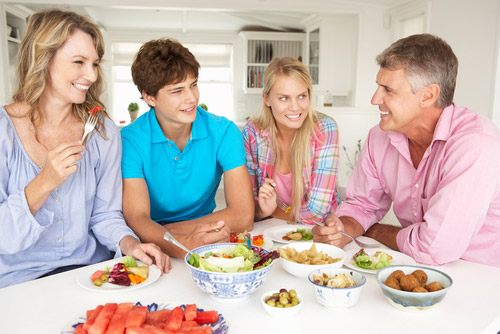 The great thing about Halloween is that it is cutting across cultures, languages, religions, and races to be embraced as a festival for all.

Halloween is America’s second largest commercial holiday after Christmas. There are many different theories to the origins of this day and the way it is celebrated.

How did Halloween come about?

Halloween is celebrated on 31st October, one day prior to All Saints Day that falls on 1st November each year.

It is believed that Halloween has its origins in the Celtic festival of Samhain (pronounced Sow-in) during which people lit bonfires and wore costumes to ward off ghosts. The Celts lived in the region that we know as Ireland today.

The last day of October marked the end of summer in that area and the beginning of winter which was often associated with deaths or dark entities. The Celts believed that on this day, the boundary between the living world and the dead became blurred and so it was easy for ghosts or spirits to enter the living world.

‘Hallows’ refers to Saints while ‘een’ comes from ‘evening’. As this celebration took place the evening before All Saints Day, it is known as Halloween.

Celebrations across the Country

It was mass migration of the Irish folk to America in the 19th century that brought the customs of Halloween to the American people.

Initial Halloween celebrations in the US included telling of ghost stories and dressing up in costumes. After the late 1800s, Halloween gained popularity in the lives of common people through movies, parties, games and pranks associated with ghosts.

Eventually, Halloween lost its religious binds and became a secular, global festival celebrated by every family in the US.

The Trick or Treating tradition probably comes from an old English custom wherein poor citizens would go door to door and ask for food in return for prayers in memory of the departed souls of the family. The residents would offer the people pastries called ‘soul cakes’. Today, kids in America are offered candy on people’s doorstep.

It was believed by the Celts that on the day of Halloween, ghosts came back to the living world and you would come face to face with one if you left your home.

To avoid being recognized by the ghosts, people wore ghost masks if they left their homes after dark so that ghosts would mistake them for fellow spirits. With time, disguising yourself as a ghost or witch became an indispensable part of Halloween celebrations.

To ensure that everyone celebrating the festival is safe (especially children), the American Academy of Pediatrics has compiled a list of Halloween Safety Tips.

These include choosing costumes that are fire resistant and glow in the dark so people wearing them can easily be spotted on the roads. Proper carving tools and adult supervision is a must for activities like Pumpkin carving.

Apart from injury or risk to life, there is also a risk to your property due to Halloween pranks, fires and other related accidents.

Most homeowner insurance policies will cover Halloween related injuries or damage to property. Acts of vandalism, accidental fires or injury to a person on your property are generally covered under your insurance but you must recheck it before the festival approaches.

For people visiting the United States during Halloween, visitors insurance is very important. It helps keep you safe and covered in case of any injuries or accidents you may encounter during your stay so you can enjoy Halloween to the fullest.

Visiting the US for Halloween

Many cities in the US provide the perfect setting and events to make your Halloween even more ghoulish. From ghost parades to vampire balls, theme parks and haunted hotels, the US is the best place to be in if you are a Halloween fan and want to let your hair down – witch style!

The annual New York Halloween Parade, which is the world’s largest Halloween Parade, began in 1974. It attracts more than two million spectators, about 75,000 participants in costume, and television audiences of over 100 million.

Halloween sales are expected to hit $9 billion in 2018 out of which about $2.6 will be spent just on candy. This is not surprising considering the amazing economy America is in because of tax cuts and fewer regulations after years of the Greenspan/Frank recession.

So dress up scary and head to the US to get your fill of Halloween treats and horror experiences. And remember to be safe!

Share:
Tagged:
Halloween October31 USA visitors insurance
Tips on How Travelers Can Protect Their Digital Privacy at the U.S. Border
Best Christmas Markets For The US in 2018