Will Immigrants Get a Better Healthcare Deal than US Citizens?

The fallout from the Supreme Court decision to allow states to opt out of Medicaid expansion continues – and this time it concerns immigration. While states are able to opt out of the Medicaid expansion health care reform law, the unintended consequence is that some poor legal immigrants could be better off in terms of healthcare access than US citizens on the same income level. Predictably, many commentators see this as a problem – effectively, states that vote against expanding the Medicaid program are depriving poor US citizens of access to the same insurance help that some legal immigrants can benefit from, commentators claim. 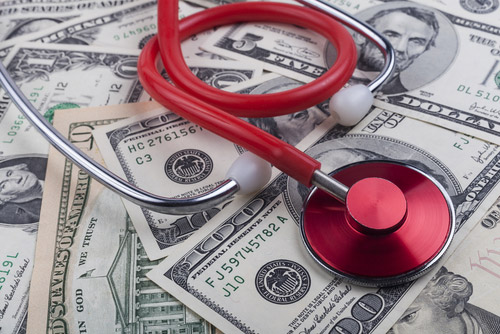 Just what exactly is going on – and is there a loophole? Here’s the background information on the Medicaid/immigrant debate.

Under one provision of the health law, some legal immigrants qualify for subsidies that allow them to buy low-cost insurance at the online healthcare marketplaces. However, US citizens with the same low income are not eligible for these subsidies – their affordable healthcare coverage was designed to be provided by the expansion of the Medicaid system. But when a state doesn’t expand Medicaid, these citizens don’t become eligible and they can’t access the healthcare marketplace subsidized insurance – they fall into a coverage gap.

Medicaid for Immigrants and Citizens

Medicaid is a federal- and state-funded program designed to provide health insurance coverage for the poor – citizens can find out if they qualify for Medicaid on the government website.

Legal immigrants must wait for five years after getting a Green card before they can enroll in Medicaid. While these immigrants are waiting, and while they earn less than the federal poverty level, they qualify for subsidies that allow them to purchase private health insurance at affordable rates. Citizens are not eligible for the same subsidies. However, under Obamacare’s expansion of the Medicaid program, citizens earning up to 133 percent of the federal poverty level (currently set at $14,856 for a single person) are eligible for Medicaid support if the state in which they live expands Medicaid in line with Obama’s recommendations. In states with Medicaid expansion, therefore, poor citizens and legal immigrants are covered. Health care reform also provides a set of tax credits against the cost of health insurance that apply to people who earn between $11,170 (the poverty level) and four times that amount – both immigrants and citizens are eligible for these subsidies.

But in a state that doesn’t expand Medicaid benefits, some citizens with incomes below the poverty level will not be eligible for any help at all.

The median eligibility level for those in states not going through with the expansion is around 46 percent of the poverty level – around $9,000 a year. Citizens earning between $9,000 and around $11,000 will not be eligible for Medicaid, nor will they be able to access tax credit benefits. Their income is above the eligibility for Medicaid but below the lower limit for Marketplace tax credits. Only four states that are not in the expansion program (Tennessee, Alaska, Maine, and Wisconsin) cover families up to at least the poverty level and in some states like Alabama you can only be eligible if you earn less than 16 percent of the poverty level.

Almost five million poor adults without health insurance will fall into this coverage gap, according to the Henry J. Kaiser Family Foundation. Around one fifth of all uncovered citizens live in Texas, with 16 percent living in Florida, nine percent in Georgia, seven percent in North Carolina, and six percent in Pennsylvania.

Is this an Anti-Immigration Issue?

Regardless where you stand on the immigration debate, experts say, the issue is not about immigration but about fairness. However, it is not difficult to see that in states with a large population of immigrants this injects another aspect into the healthcare reform debate. States that have traditionally been opponents of the healthcare reform policy have voted for expansion of Medicaid for fear that without expansion, citizens would not receive the same benefits as legal immigrants – a potentially troublesome political statement.

It is also important to be clear that this debate does not apply to undocumented immigrants, who are not in the country legally, and who are barred from Medicaid access, accessing subsidies, and even buying private health insurance through the health insurance marketplaces.

With most of the attention around healthcare reform focused on who is covered, it is easy to forget those that slip through the net. Legal immigrants and citizens alike need access to affordable health care. Those affected by a coverage gap face dangerous barriers to accessing essential health care. Lawmakers must not forget the low-income population who are often in great need of health care services.

Share:
Tagged:
healthcare immgrants medicaid
Obamacare – Who is Eligible for Discounts on Premiums
A Consumer Approach towards Health Insurance and Insurer