Mosquito Borne Illnesses – How to Stay Healthy While Travelling 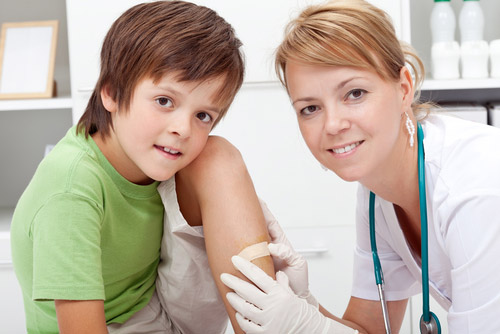 According to a recent estimate, over one million people die from mosquito borne diseases every year and over 300 to 500 million cases are still reported annually in the world. If you are planning international travel, you need to ensure that you stay healthy to enjoy your vacation. Nothing beats the thrill of exploring new places and discovering new cultures, but you should remember that there is also a downside to travel. Visiting a foreign country also means getting yourself exposed to diseases that you would not find in your own country.

Mosquito borne illnesses are a huge concern for travelers. Mosquitoes are just not little insects that cause an itch, they can carry some dangerous diseases like Malaria, Dengue, Chikungunya and others that can cause serious complications and sometimes even result in death. All these dangerous diseases are becoming increasingly common among tourists, so you need to be aware of what to protect yourself from the next time you are travelling out of the country. Though earlier mosquito borne diseases were considered to be tropical in nature, now there is an increasing incidence of cases reported from European countries and other parts of the world too. The majority of these cases are from travelers returning from areas such as sub Saharan Africa, South and Central America and South Asia where they would have been exposed to these diseases. Lately, malaria infections have reduced worldwide owing to better mosquito control but dengue fever has been on the rise.

International travelers should be aware of the risks involved and take sufficient precautions to prevent mosquito borne illnesses. Malaria is a major illness in tropical parts of the world and spread by mosquito bites. The symptoms appear 10 days to 4 weeks after infection with fever, chills, muscular aches and diarrhea and nausea. Some forms of it can be fatal and can lead to kidney, brain and liver damage and can even prove to be fatal. Travel to regions like Latin America, the Caribbean, Asia and Africa can expose you to diseases like malaria and dengue. There is no vaccine currently available for malaria, so travelers to malaria risk areas are advised to follow an appropriate drug regimen and using anti mosquito measures. A course of anti malarial tablets can be started 3 weeks before departure and should be continued for a further 4 weeks after return.

Yellow fever is another serious viral disease spread by mosquito bites that is found in tropical South America and sub Saharan Africa. This disease can be fatal and many countries require a certificate of vaccination and the inoculation should be given 10 days prior to departure date. If your trip takes you anywhere in Asia, South America or Africa, get a yellow fever vaccination from a certified travel clinic to protect yourself.

Encephalitis is a serious mosquito borne disease that has neither an approved vaccine nor an effective drug to cure its victims. When an infection occurs, there are few resources on how to deal with it. It is very harmful to infants and children and can cause coma and death and survivors experience mild to severe neurological damage.

Illnesses like Dengue and Chikungunya were only experienced by natives earlier, but now they are becoming increasingly common among international travelers. Symptoms include joint pain, high fever and headaches and start within a week of being infected.
How to protect yourself

While the risk of infections and diseases is high when you are traveling internationally, there are some preventive measures that you can take to reduce your risk.

Always protect yourself and be prepared for any health problems you might encounter while traveling, so you get to make the most of your trip.

Share:
Tagged:
Chikangunya Dengue Mosquito
A Consumer Approach towards Health Insurance and Insurer
Travel Insurance: “To Buy or Not to Buy…” That Is the Real Question