Chinese visitors are increasingly being targeted in robberies in the French capital Paris, according to recent news reports. Incidents where criminals have robbed Chinese tourists have increased by over 10 percent since 2012, so says the Chinese head of consular affairs in the Paris embassy. This turn of events worries officials although, generally, they report that Paris is still a safe place for tourists to visit. 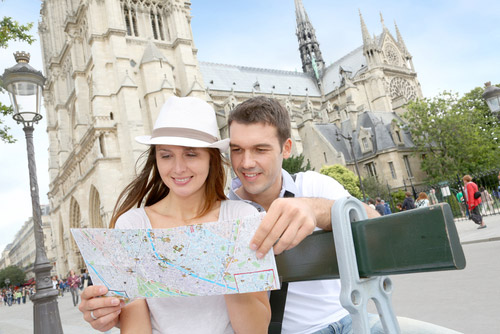 In two high profile cases a Chinese film producer lost thousands of dollars of equipment in a robbery after the Cannes Film Festival, and a group of reporters from a Chinese television channel had their phones, wallets and passports stolen while filming for the French Open tennis tournament. These high profile cases are the tip of the iceberg, say officials.

Travel experts believe that Chinese visitors are often seen as an easy target by thieves and opportunist criminals. Many Chinese citizens come to Paris and spend thousands of dollars a day in the stores, and many carry large amounts of expensive equipment like laptops, cameras, smart phones and camcorders. However, crime such as robberies and thefts has increased across the board in France and Chinese travelers are not the only victims.

The Chinese government has asked the French government to increase security generally. They also advise tourists to help limit the risk of robbery by carrying credit cards rather than large amounts of cash, hiding expensive gadgets from view, and dressing in a way that blends in with the local people. Tourists are advised not to wear designer brands and to always be aware of their surroundings. Visitors to Paris are also told not to walk alone at night and to avoid badly lit and empty streets. Taking some simple precautions and not flaunting wealth can go a long way to avoiding being a victim of crime, according to officials.

Read more for travel alerts to Indonesia
To get recent travel alerts for any country visit http://travel.state.gov/travel/cis_pa_tw/cis_pa_tw_1168.html