Everything You Need to Know About Vitamin D Deficiency

Many people suffer from vitamin D deficiency and don’t even know it. They deal with the symptoms chocking it up to not getting adequate sleep or eating well enough. The reality is that a vitamin is the cause of it and just boosting it could alleviate all of the effects of the deficiency.

Who Is Most Susceptible to Vitamin D Deficiency
Dairy contains a high amount of vitamin D. Those who have milk allergies or follow a vegan diet are most likely to suffer from vitamin D deficiency.

The sun is another source of vitamin D. People who do not spend a lot of time outdoors are also at risk for deficiency.

Individuals who have dark skin can also be susceptible to being deficient in vitamin D. The sun’s rays isn’t able to seep into the skin as easily as those who have lighter skin. 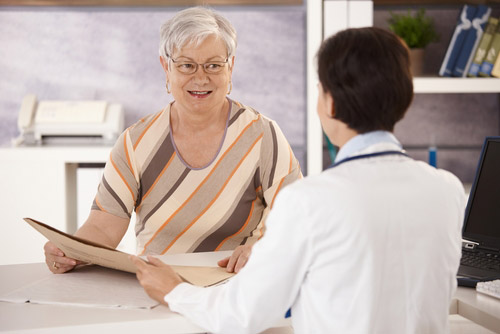 What Vitamin D Does in the Body
Vitamin D is responsible for maintaining and strengthening bones. It helps the body use calcium.
At one time, people believed that the lack of calcium was the cause of bone loss, soft bones, and skeletal deformities, but that was not the case. It was the lack of vitamin D keeping the body from using the calcium.

Symptoms of Vitamin D Deficiency
People who are deficient in vitamin D report bone pain and muscle weakness. Usually, they believe they have arthritis, need to exercise, or have the flu. These symptoms are similar to many other illnesses, which can make the identification of vitamin D deficiency difficult.

The digestive tract absorbs vitamin D, but not in all people. Those whose digestive tract doesn’t absorb the vitamin will end up not having the amount they need for calcium to function effectively in protecting bone health.
Obesity can cause a deficiency in vitamin D as well. Low blood levels because of the overabundance of fat cells is the main culprit. Usually, people with a body mass index of 30 are most likely to suffer from vitamin D deficiency.

Identifying Vitamin D Deficiency
The only way to know if someone is deficient in vitamin D is a 25-hydroxy vitamin D blood test. The test will show the patient’s vitamin D level. A normal level is 20 nanograms/milileters to 50 ng/mL. A level that is below 12 ng/ML can indicate vitamin D deficiency.

What to Do to Treat and Avoid Deficiency
The best way to treat and avoid vitamin D deficiency is by consuming enough dairy. According to the USDA, adults should consume approximately 3 cups of milk a day or an equivalent dairy product such as cheese.

Taking a vitamin D supplement can help, but be careful not to take too much. High levels of calcium in the blood can cause abnormal heart rhythms, kidney stones, nausea, constipation and confusion. Institute of Medicine’s Food and Nutrition Board reports adults should only take 2,000 UIs per day. An unsafe dose for adults is 4,000 UIs (even though some studies suggest that the tolerance level could be as high as 10,000 IUs), so even consuming dairy and spending times outdoor plus the 2,000 UIs of supplemental vitamin D would still be safe.

Since some of the causes of deficiency are due to physical conditions, an appointment with your primary care physician is necessary. It’s also good for patients to have their blood levels tested regularly to ensure they are increasing the level of vitamin D in their body.

Taking Care of Yourself for Better Health
While vitamin D deficiency is common, it doesn’t have to be if people eat well, exercise outdoors, and have regular checkups with their doctor. Follow the USDA dietary guidelines for Americans to get the vitamins and nutrients you need to stay healthy.