The waistline of passengers has been increasing over the years but so far you won’t find wider seats to accommodate this in economy. Paying extra for business or first class is one way to get some more space but it is not an option for most travelers. Recent news from Airbus, a European plan manufacturer, floats the idea of wider seats in the aisle that could be sold at a slightly higher premium for bigger passengers. 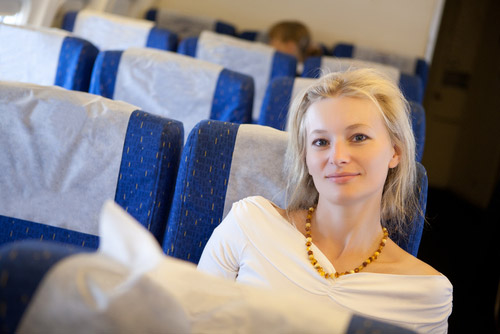 Airbus believes that there is sufficient demand for extra-wide seats in economy to make the process cost effective for airlines. There are already some planes flying short and medium haul in Europe that have wider aisle seats, and these have proved popular with travelers. However, passengers in the middle and window seats could have cause for complaint as the design takes an inch from each in order to give more space on the aisle seat.

Airbus wanted to keep three seats at the sides of the plane so as not to reduce the seat count, and in order not to shrink the aisle. So passengers who don’t pay extra for an aisle seat would find themselves a little more cramped and uncomfortable, for the same price. However, Airbus believes that this difference will not be noticeable and that other planes already give less width to the seats.

Other airlines offer a mixed response to the news of wider aisle seats in economy. British Airways is not interested in offering a similar solution, and adds that there is already flexibility in seat choice on its aircraft. Other airlines are keeping their decision close to their chest for the time being. Some US airlines already charge larger passengers for an extra seat if they are too big to be able to lower both armrests and fasten an extension belt around themselves.

Get some tips to find the best airline seat.

Share:
Tagged:
airlines news
Who Should I Buy My Visitor Insurance Policy From?
Travel Insurance for India Visitors